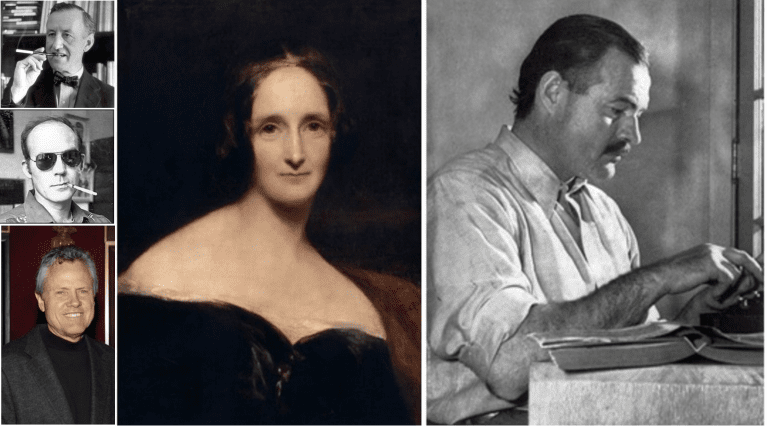 We’re an odd bunch, aren’t we? Let’s face it — anyone who writes down what the voices in their head say for a living can’t be entirely all there, right?

But some of us really take the cake.

No… they take the cake, run with the cake, smush the cake on their head and then book it, laughing all the while. Writers have been known to commit some truly baffling acts in the name of their craft, or just for the laughs — and here are some of the most mind-boggling we could come up with. 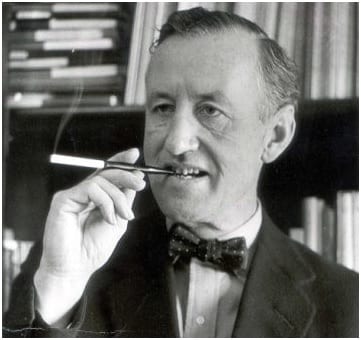 Yes, the creator of James Bond and actual World War II spy Ian Fleming said these words to a beloved president, but the context was even crazier.

President Kennedy was a huge fan of 007 and invited Ian Fleming to dinner. While there, conversation naturally drifted towards the Cuban Missile Crisis, and Fleming made the suggestion that JFK should try and discredit Castro using his signature facial hair. By planting the rumor that his beard attracted radioactivity and was rendering him impotent, Castro would quickly shave it off and inevitably fall from power when the people saw him as just an ordinary guy (as opposed to what? Missile Santa?).

You can imagine the silence that followed, punctuated only by the clinking of forks on china and a hasty chuckle from JFK. His Chief of the CIA however, Allan Dulles, was reportedly a fan of the idea. 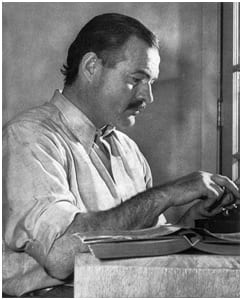 Author of A Farewell to Arms and a man so manly you grow sideburns as soon as you read his name, Ernest Hemingway was no stranger to a tipple. He frequented a bar called Sloppy Joe’s (you just know everybody there knows your name) to write, play cards, and drink copious amounts of liquor.

When the owner of Sloppy Joe’s decided to relocate, Hemingway visited the site where workmen were stripping out the bar. Spotting one of the men’s urinals in a corner, Hemingway promptly tucked it under his arm and strode out, saying something to the effect of: “I pissed away so much money into this thing, I own it.”

He brought it back to his Key West home and installed it in his garden as a water feature. You can go see it – it provides refreshment for the many cats who roam around the Hemingway Home and Museum!

3. Mary Shelley Wore Her Husband’s Heart on Her Sleeve 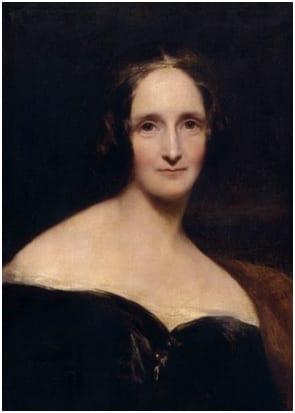 Famous for having a nightmare once, then waking up and writing her masterpiece of gothic fiction, Frankenstein or, the Modern Prometheus, most people know Mary Shelley was married briefly to melodramatic poet Percy Bysshe Shelley.

Percy was just a lad of 29 when his boat, the Don Juan, capsized in a storm in 1822. His body and those of his companions were only identifiable by their clothing which, one assumes, was incredibly foppish.

His friends organized a lovely service, and arrangements were made for Percy’s cremation, which was later commemorated in a painting. But here’s the thing: Percy didn’t burn. Or at least, his heart didn’t. It had a “bright blue flame” around it, burning the “oily fluid” that physicians later attributed to the heart being calcified from an earlier bout of tuberculosis.

Anyway, back to Mary — a friend, on seeing the heart untouched by fire, courageously plucked it from the flames and presented it to Mary as a gift. Weirder still, Mary didn’t bury it with the rest of him like a normal person, she kept the heart in a silken shroud and is said to have carried it with her nearly everywhere. After she died, someone found it in her desk wrapped in the pages of one of his last poems.

Yet we can’t even seem to get a text back.

4. William Broyles Lived as a Castaway 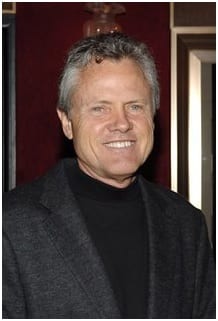 Research is, for most of us, only slightly more productive than procrastination. Yet Bill Broyles was so determined to put off starting his new screenplay that he paid survivalists to sail him to a deserted island off the coast of Mexico, teach him how to make fire, and leave him there for ten days.

For a week and a half, Broyles lived exactly how Tom Hanks’ character does in the movie Castaway — it’s important to know that, at this point, it’s pretty much a biographical film. Broyles had to learn how to make a spear for fishing, worshipped a FedEx box, had a deep spiritual awakening beside the sea, and even christened a washed-up volleyball Wilson.

That’s right. Wilson is real. The sense of loss every time you watch that scene is because Wilson was an actual piece of anthropomorphized sports equipment who existed… and his best friend watched him die.

Broyles chose to lick leaves for water, eat raw fish, come to terms with his entire life and the meaninglessness of material possessions — all for a film that may or may not ever get made. Presumably, he went back to smiles all round from Hollywood executives once they realized they were going to have a hit movie with literally no budget for research needed. 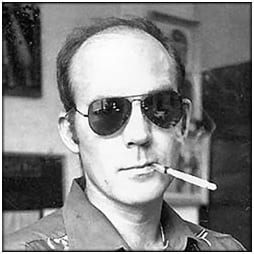 Seriously, we couldn’t pick just one thing this stunningly offbeat author did, so here’s a brief rundown:

He once called Bill Murray at 3am to pitch his idea for a new sport, a combination of clay pigeon shooting and golf. One person would thwack the golf ball, the other would shoot at it.

At 15, he made an electric go-kart using a washing machine engine.

He copied The Great Gatsby word for word, start to finish, to “improve his writing style”. Apparently, he also did it with A Farewell to Arms. We cannot confirm if he also peed in Hemingway’s urinal fountain for inspiration, but if he did we hope the cats were okay.

When Miami Vice actor and neighbor Don Johnson was having a spiritual crisis, Thompson asked him: “What is the sound of one hand clapping?”

… And then smacked him upside the head. Johnson’s resulting tinnitus lasted nearly a week.

Thompson was such a big fan of Jack Nicholson, he left a fresh elk’s heart at his door as a joke/act of love. Fearing a stalker, Nicholson called the FBI and ushered his terrified family into the cellar, where they remained until dawn.

Later, Thompson sent Nicholson’s nine-year-old daughter a model of a dead rat caught in a trap as a Christmas present. His note read: “Dear Lorraine. This will teach you a lesson about trusting men which will be valuable later in life. You’re welcome, Uncle Hunter.”

Join the Discussion on “5 Crazy Examples of Writers Gone Wild”