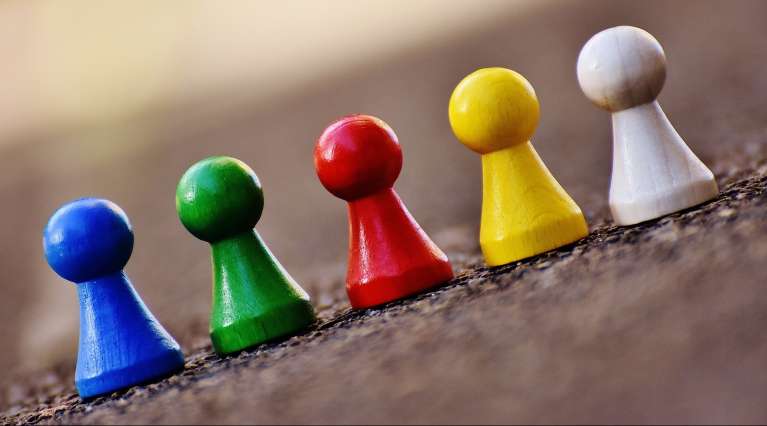 A healthy arsenal of literary devices is something a writer can’t be without. This isn’t only because certain elements are necessary for standard storytelling, but also because switching up your technique enriches the experience.

From tension to humor, confusion, sadness, and even outright fear, employment of literary devices is what turns plain, matter-of-fact writing into the involving narrative that fiction readers expect.

As the writer, it’s only fair you get to enjoy yourself while you work – so in that spirit, today we’re taking a look at five fun literary devices (across style, perspective, and plotting) that you should have a play with today. You’ll also find some quick, easy-to-grasp examples of these literary techniques so you can put them to similar use in your own writing. Try employing them in your next book, or even as a quick exercise to strengthen your skill with words.

You never know – having a bit of a play might set you down the path of your next great piece.

Give these devices a try, create your own examples and share them in the comments!

What Are Literary Devices in Writing?

Literary devices, also often referred to as literary techniques, are a specific selection of methods used in writing in order to deliver certain experiences for readers. Through smart use of diction – connecting words to other words in very intentional ways – the writer can set and change the tone of the writing, and influence the way in which their words are supposed to be interpreted by the reader.

These devices are a key part of compelling creative writing, because they employ literary elements that allow the writer to go beyond the standard, face-value meaning of the words they use. Having used these literary elements, the author can add an engaging character to their work, inviting readers to use their own wits and imagination so that they can become an active participant in the narrative experience.

The selection of literary devices available in writing is fairly broad, from common devices that just about every reader will be familiar with, to more obscure techniques that don’t appear particularly often outside of the more avant-garde corners of literature.

Before we dive into our 5 uncommon picks, let’s first take a look at some of the more common literary devices readers will often encounter as they make their way through a book.

With these in mind, you can see how simple literary devices actually work: bringing literary elements together, through intelligent use of words, to adjust and manipulate what’s really being said.

One of the most common literary devices taught early in any creative writing class, metaphor allows the author to describe one subject as another, drawing a direct, one-to-one map based on traits, behaviors or characteristics that both things share.

As a device, metaphor is useful for taking a descriptive shortcut – helping to paint a more fully rounded idea of what the primary subject is like physically, emotionally, or simply by way of meaning – without having to spend a much longer time (and many more words) breaking down every individual element.

“The guy is a wrecking ball,” would be an example of metaphor. Using the immediate picture, the sense of impact and danger, that referring to a wrecking ball produces in the mind of the reader, the author uses few words to rapidly paint an idea of what this character may be like.

One of the most fun – but common – literary devices, alliteration occurs through the repetition of identical initial sounds or extremely similar syllable construction in a series of words. Alliteration is particularly easy to spot (and employ) when each word in the phrase begins with the same letter.

This device is most memorable because of its playful nature, since rhyming off a similar repeated pattern feels automatically engaging to the brain and mouth.

Alliteration often features in the world of “tongue twisters” – for example, “Peter Piper picked a peck of pickled peppers.”

Another common option in the world of literary devices, repetition is the intentional use of a word or phrase multiple times within a short timeframe. Since repetition draws attention to the word or words being repeated, it should be used with definite intent – adding emphasis to the chosen words and demanding that the reader hold them in mind.

This means that introducing repetition without thought as to the effect of repetition isn’t generally a good thing, because repetition stands out. See what we did there?

Repeating a word too often within a short space of time draws attention to that word, and if readers can’t immediately find a specific reason or intent behind this repetition, they’ll be pulled out of the story.

One of the most often derided literary devices (because its appearance is frequently unintentional, and therefore overused) in any writer’s tool kit is pathetic fallacy. Through pathetic fallacy, the author applies human emotions to inanimate objects or other elements of nature, for example the weather.

Pathetic fallacy can be viewed as similar to the literary devices of Personification or Anthropomorphism, but is specifically applied to directly reflect a character’s internal emotional state at a given moment, or to generate an atmosphere that reflects that feeling overall.

An example that is often seen in literature is the weather reflecting the dark or sullen mood of a character, or a description of a cold and uncaring building staring back at a character who is currently feeling low, detached or abandoned. As you might guess, pathetic fallacy is one of the literary devices favored by authors of gothic fiction.

By presenting two concepts of opposite or contrasting meaning close together, an author can create the effect of antithesis. An important aspect of engaging with antithesis is that the combination of these contrasting elements is used to generate an overall greater meaning – the parallel concepts come together to say something more.

With its ability to let the writer deliver their message “between the lines,” antithesis is one of the more stimulating and interesting literary devices to try out.

One of the most popular examples of antithesis, used rhetorically in real life, would be astronaut Neil Armstrong’s famous quote, “That’s one small step for man, one giant leap for mankind.”

In literature, antithesis is employed in the opening of A Tale of Two Cities by Charles Dickens, which reads, “It was the best of times, it was the worst of times.”

With some of the most common literary devices now covered, let’s take a look at our 5 picks for interesting, but less frequently employed, devices that could add some extra flavor and character to your next story.

Among the favorite devices of the mystery and horror genres, this is when the narrator of the story is found be misleading the reader – either through bias, intentional or unintentional insincerity, or even outright malevolence.

Used correctly, this device can masterfully twist and turn the reader’s expectations, creating a compelling narrative that leads to slam-bang revelations when the truth is revealed and it becomes clear that the words of the narrator have been used against us all along.

You’ll see many examples of this literary device in film as well as prose writing – usually when the story is revealed to have taken place in the protagonist’s mind, or through the lens of mental impairment.

Anacoluthon is the act of shifting abruptly from one sentence to another in a manner that is unexpected and/or doesn’t directly follow the preceding statement, leading to a syntactical break in the writing.

While this device has a huge range of possible uses, it’s often seen adding humorous effect, especially when indicating sudden distraction or flippancy. Examples of this could include: What? I don’t have a problem keeping attention at—oh, look, a squirrel!

A term first used by J. R. R. Tolkien, eucatastrophe refers to the literary device wherein something perceived to be a catastrophic event actually proves to be beneficial to the protagonist.

Going back to the source, a prime example would be the confrontation between Frodo and Gollum at Mount Doom in The Lord of the Rings. Gollum seizes the ring, an event that appears to signal a dire turn for the story… but then you likely know what happens from there.

Eucatastrophe can be used to create incredibly tense and exciting story climaxes – but it does take some careful tempering to ensure the reader doesn’t feel cheated by an overly convenient resolution.

A term coined by Alexander Pope, bathos pokes fun at attempts to spur emotion (pathos) that fall flat due to poor payoff.

The term itself does not distinguish between intentional and unintentional bathos. Intentional use of the device is highly effective in satire and absurdist humor, where a topic may be approached in a grand or highly evocative manner – only to suddenly switch to more mundane or vulgar words.

For an almost constant stream of intentional bathos, just sit down and watch the various works of the Monty Python team, or enduring television phenomenon The Simpsons.

On the unintentional side of things, bathos is the effect felt when a narrative swings between deadly serious, intellectual rumination and ill-fitting everyday topics, to the degree that it becomes unintentionally funny – highlighting the serious elements as forced or melodramatic. This was, in fact, Pope’s original intention when he coined the term – to criticize the overly sentimental poets and authors of his time.

Examples could include: There he goes; the greatest hero of our time. A man above men, the epitome of the infallible will to which we should all aspire: The DMV desk clerk.

This one has nothing to do with bank robberies or murder mysteries (not directly, anyway), but makes for a highly involving thread you can run through any collection of shorter tales.

Simply put, the frame story acts as a companion piece to the central narrative(s), often dipping the reader in and out to increase/decrease tension, expand upon thematic elements, or simply branch between disparate threads or stories.

A staple of the anthology filmmaking style, you’ll often see frame stories presented as campfire tales or the contents of a storybook being read by a central character, whose interaction with the frame’s protagonist doubles as interaction with the reader without directly breaking the fourth wall.

The Canterbury Tales, One Thousand and One Nights and The Decameron all make use of the frame story device.

The next time you’re writing a short story collection, why not try adding a frame story – with its own specific payoff – to the mix?

Which Devices Do You Prefer?

What are your favorite devices or literary elements to play with while writing?

Do you have a favorite example of when an author used certain devices in a particularly impressive way? Can you come up with a few original examples of your own?

Share your thoughts in the comments and let’s have some fun!