5 Fun Literary Devices You Should Play With Today 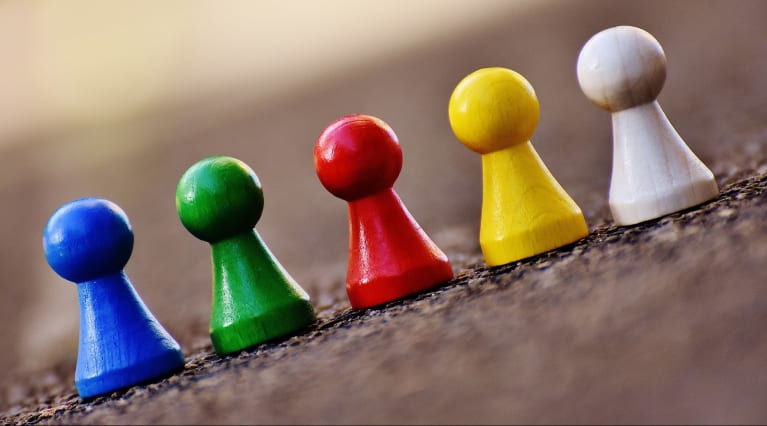 A healthy arsenal of literary devices is something a writer can’t be without. This isn’t only because certain elements are necessary for standard storytelling, but also because switching up your technique enriches the experience.

From tension to humor, confusion, sadness, and even outright fear, employment of literary devices is what turns plain, matter-of-fact writing into the involving narrative that fiction readers expect.

As the writer, it’s only fair you get to enjoy yourself while you work – so in that spirit, today we’re taking a look at five fun literary devices (across style, perspective, and plotting) that you should have a play with today. Try employing them in your next story, or even as a quick exercise.

You never know – having a bit of a play might set you down the path of your next great piece.

Give them a try, create your own examples and drop them in the comments!

A favorite of the mystery and horror genres, this is when the narrator of the story is found be misleading the reader – either through bias, intentional or unintentional insincerity, or even outright malevolence.

Used correctly, this device can masterfully twist and turn the reader’s expectations, creating a compelling narrative that leads to slam-bang revelations when the truth is revealed.

You’ll see this often in film as well as literature – usually when the story is revealed to have taken place in the protagonist’s mind, or through the lens of mental impairment.

Anacoluthon is the act of shifting abruptly from one sentence to another in a manner that is unexpected and/or doesn’t directly follow the preceding statement, leading to a syntactical break.

Whilst this device has a huge range of possible uses, it’s often seen adding humorous effect, especially when indicating sudden distraction or flippancy, for example: What? I don’t have a problem keeping attention at—oh, look, a squirrel!

A term coined by J. R. R. Tolkien, Eucatastrophe refers to the story device wherein something perceived to be a catastrophic event actually proves to be beneficial to the protagonist.

Going back to the source, a prime example would be the confrontation between Frodo and Gollum at Mount Doom in The Lord of the Rings. Gollum seizes the ring, an event that appears to signal a dire turn for the story… but then you likely know what happens from there.

Eucatastrophe can be used to create incredibly tense and exciting story climaxes – but it does take some careful tempering to ensure the reader doesn’t feel cheated by an overly convenient resolution.

A term coined by Alexander Pope, bathos pokes fun at attempts to spur emotion (pathos) that fall flat due to poor payoff.

The term itself does not distinguish between intentional and unintentional bathos. Intentional use of the device is highly effective in satire and absurdist humor, where a topic may be approached in a grand or highly evocative manner – only to suddenly switch to a more mundane or vulgar comment.

For an almost constant stream of intentional bathos, just sit down and watch the various works of the Monty Python team, or enduring television phenomenon The Simpsons.

On the unintentional side of things, bathos is the effect felt when a narrative swings between deadly serious, intellectual rumination and ill-fitting everyday topics, to the degree that it becomes unintentionally funny – highlighting the serious elements as forced or melodramatic. This was, in fact, Pope’s original intention when he coined the term – to criticize the overly sentimental poets and authors of his time.

Example: There he goes; the greatest hero of our time. A man above men, the epitome of the infallible will to which we should all aspire: The DMV desk clerk.

This one has nothing to do with bank robberies or murder mysteries (not directly, anyway), but makes for a highly involving thread you can run through any collection of shorter tales.

Simply put, the frame story acts as a companion piece to the central narrative(s), often dipping the reader in and out to increase/decrease tension, expand upon thematic elements, or simply branch between disparate threads or stories.

A staple of the anthology filmmaking style, you’ll often see frame stories presented as campfire tales or the contents of a storybook being read by a central character, whose interaction with the frame’s protagonist doubles as interaction with the reader without directly breaking the fourth wall.

The Canterbury Tales, One Thousand and One Nights and The Decameron all make use of the frame story device.

The next time you’re putting together a short story collection, why not try adding a frame story – with its own specific payoff – to the mix?

What are your favorite devices to play with? Can you come up with a few original examples of your own? Leave them in the comments and let’s have some fun!