At AutoCrit, we’re extremely proud – and consider ourselves blessed – to have such a huge range of authors that make us their first choice for self-editing.

From romance, to sci-fi, high fantasy, young adult, horror, grimdark and beyond, the diverse styles we’re alerted to every day is a constant source of wonder.

Amongst those ranks are the members of our AutoCrit Elite program – and once in a while we’ll shine some light on them and their work, so that everyone else in the community can find something new to get excited about.

This time, we’re delighted to welcome author Jeffrey Whittam to the stage!

While he’s currently working on his fourth novel, we caught up with Jeffrey to have a quick chat about his life, his approach to writing, and his history with a country that holds an everlasting space in his heart: Africa. 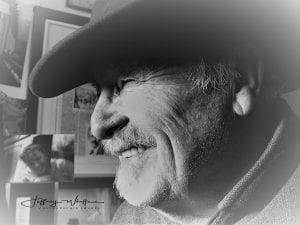 AutoCrit: To begin, can you give us a quick rundown of your history, and when you think it was that you caught the writing bug? Did you find yourself putting pen to paper from a young age, or was it something you fell into later in life?

Jeffrey Whittam: Born in England, educated in Southern Rhodesia (Zimbabwe) and having lived most of my life in Africa, my affinity with that continent runs very deep.  As a ‘later in life’ writer,  I wrote my first line way back in 1983 on a second hand Silver Reed typewriter; kick-started by reading Stuart Cloete’s Turning Wheels and Robert Ruark’s Something of Value. I now write full-time and live in the wilder, northernmost parts of England’s Forest of Bowland with my wife, two sons and three dogs.

AC: The books you’ve published so far have all taken advantage of their African setting. What do you think it is that captures your imagination about Africa? How did you decide upon your storylines? Is it a case of ‘writing what you know,’ or is there something more resonant for you bleeding onto the page, there?

JW: The name Africa, I find inspiring enough to trigger any one of a thousand storylines. The diversity of my experiences is food enough. My imagination, thankfully, is limitless. Stories spring from fifty years of searching this ancient continent for gold, precious stones and ancient ruins; recollections of gold mining, soldiering and prospecting Rhodesia’s backwaters are never far from my thoughts. Africa, with all its sand and paper thorns, slips inside your shoes and can never be emptied out. 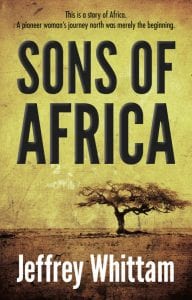 AC: Your debut novel was Sons of Africa, and your most recent is Beneath a Colesberg Sky. Can you talk a little about those two books, one at a time? What kind of themes do they tackle? How would you describe them to someone who was completely unfamiliar with your work?

JW: The very first draft of Sons of Africa is where it belongs, in a shoe box on top of the wardrobe. More angst and effort went into writing it than would be needed to raise the Titanic. The first line was a ripper… Nathan Goddard pushed the gelding into the rising waters of the Umzingwani River.

Neither one of them climbed back out!

I haven’t got the heart to burn it, though, so it’s best left as is and I pray to God no-one ever finds it. However, I did collect a few decent, typed reviews from several publishers and was taken under the protective wing of a London literary agent who wrote: Your spelling and punctuation ain’t so hot, but your writing is superb! Yes really!

I was hooked.  Sons of Africa, as my firstborn, was written from the heart and yes, if I were to write it now, it would be better. But I can’t… I’m too involved with my fourth book, so it will stand as it is. Perhaps one day.

Beneath a Colesberg Sky, like its predecessors is well-embedded in Southern Africa. Accompanied by her father, the protagonist, Kathleen O’Rourke arrives at Port Natal on board the sailing ship Eudora. Inspired by a seventeen-year-old Cecil Rhodes, she finds her niche on the Kimberley diamond fields. Beneath a Colesberg Sky is, through the eyes of a lone woman diamond miner, an insight to the hardships of 19th century South Africa. From her time as a barmaid at the infamous Queen’s Hotel, to her part-owning a diamond claim in Kimberley, it is what it is… a story well worth reading.

AC: One reviewer likened Sons of Africa to the work of Wilbur Smith. Which writers would you say have been your greatest literary inspirations, regarding both content and writing style?

JW: Whilst Wilbur Smith has undoubtedly influenced my writing, I find Stuart Cloete’s in-depth knowledge of both Africa and its people to be invaluable. Books by Ryder Haggard, Robert Ruark, and James Rand are also close to hand.

AC: Getting to the nitty-gritty of publishing: your books have sold well and are favorably received by readers. What have you found to be the biggest challenges you’ve faced, and the most important lessons you’ve learned, throughout your independent publishing adventure so far? Any tips you’d like to offer budding authors who might be close to putting their first novel out into the big bad world?

JW: Less is more. Bin your vanity. Resist the urge to imitate another writer’s style and for God’s sake, edit until your eyes bleed, then edit again. Learn your trade through copious amounts of writing, and read, read, read. Read different books for a balanced insight to what is right and what is not. And when your wife tells you it’s crap, believe her – then make things right and move on. 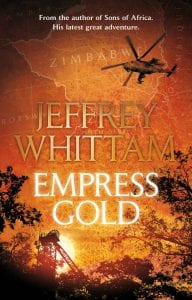 AC: You’ve told us that using AutoCrit while writing your latest novel has led to something of a ‘light-bulb event’ in terms of your storytelling ability. What changed, there? What have you found most beneficial from your time with the program so far?

JW: AutoCrit gave me a more rational view of not only my writing, but everything else – how to put the brakes on bursts of runaway vanity, draw in the slack, how to write like a writer and not the egocentric jerk I once was. Trust me, AutoCrit works [on multiple levels].

AC: What do you think is your worst habit as a writer?

JW: Daydreaming. Faced either with a blank screen or view of fields and hills, it’s incredibly easy to lose focus – probably the reason why I get my best work done in the early morning.

AC: On the other hand, do you uphold any positive habits or routines that you find beneficial for your efforts at the keyboard?

JW: Take regular breaks and exercise. Work hard on characterization, and the story will tell itself. People like to read about people. Make your readers care.

AC: Your next book will be a direct follow-up to Beneath a Colesberg Sky, is that correct? What kind of experience can your audience expect from this one?

JW: Do yourself a favor and read Stephen King’s On Writing! It’s a great insight.

Many thanks to Jeffrey for taking the time away from the keyboard to talk to us. Join Jeffrey and his characters on their adventures across the African continent by picking up a copy of Sons of Africa, Beneath a Colesburg Sky, or Empress Gold from Amazon today.