In this edition of AutoCrit Author Spotlight, we’re shining a light on debut author Matthew Sleadd and his new novel, Atlanta – the first entry in the new and exciting Ares Weapon Project series.

We sat down with Matt to chat about his history, the story of Atlanta, and the process and pains of creating and publishing. Read on for the full discussion!

Tell us a little about yourself and your background. Have you always been an avid reader and writer?

I’ve been a fan of reading for my entire life. My mother was a librarian while I grew up in Missouri, and her parents taught English in Kentucky. Our television options were limited as a child, so books were the best way to explore exciting new adventures and meet new characters.

After joining the military, I learned a new philosophy of “hurry up and wait.” This meant I needed to rush every task to completion and have much free time until the next task. Once again, books came to my rescue. I suppose it shouldn’t have been a surprise then that I purchased a first-generation e-reader and got a new one this December.

As for writing, this is a new endeavor, though I’ve been storytelling since I was in high school. Please don’t tell anyone that was in the mid-nineties. I suspect many other writers have had personal experience with role-playing games. I expressed my creative side through these outlets until situations changed, and I began to pen my first novel.

Your debut novel, Atlanta, recently hit shelves. What inspired this particular story, and what can readers expect once they dig in?

My original novel made it to about the halfway point before it occurred to me that my parents would read what I was writing. I wasn’t sure how they would feel about their retired infantry captain son writing a first-person novel from the perspective of an abused woman. My options were to either explain how I connected with such a character, use a nom de plume, or start a new book. I went with the third option and wrote a first-person book from the perspective of a retired infantry father.

Writing is a way for me to handle mental illness. Readers can expect personal details and feelings that relate to my real-world experiences. You can watch the more minor details and see which descriptions and events were not made up. I’ll state the obvious, that none of the characters are based on a single real person.

I thought writing the story would be the hard part. I learned that the process becomes more complicated as you continue through publication and release.

Debut novels are always a daunting prospect. Now that it’s out in the world, how does it feel to cross that finish line – and do you have any tips or recommendations to share with fellow authors who are currently facing down their first big project?

I thought writing the story would be the hard part. I learned that the process becomes more complicated as you continue through publication and release. In the beginning, there was dreaming up ideas and tossing them around spreadsheets. The next step was to take the outline and expand it by 80k words. Up until that part, there was nothing to slow me down.

I turned to edit with the novel written, which I initially thought was a one-step process involving spell check. I could not have been more wrong. The first pass was grammar and spelling; the second pass involved language usage and removing what I’ve heard described as author tics. This rough draft then passes through two editors and what’s left is formatted for print.

By this point, I was way over my head learning an industry I never imagined was this complicated. Even after having a finished product, I was asked to make a website, learn to advertise, and answer interview questions.

My advice to new authors is to not spike the football after writing “the end.” There is no end; there is just another hill to climb.

Atlanta is billed as the first book in the Ares Weapons Project series. Do you already have plans set in stone for sequels? What do you envision as the series’ unique calling card?

I’m not sure that I ever set things in stone when my editor lurks in the shadows, but I have the second book outlined and ready for drafting.

As for a “calling card,” I’d have to express that the unique feature of the series is that the books are not a linear progression, and while the first is written in a thriller story arc, the second is planned for a horror arc.

I get bored quickly, so don’t expect the same plot each time. 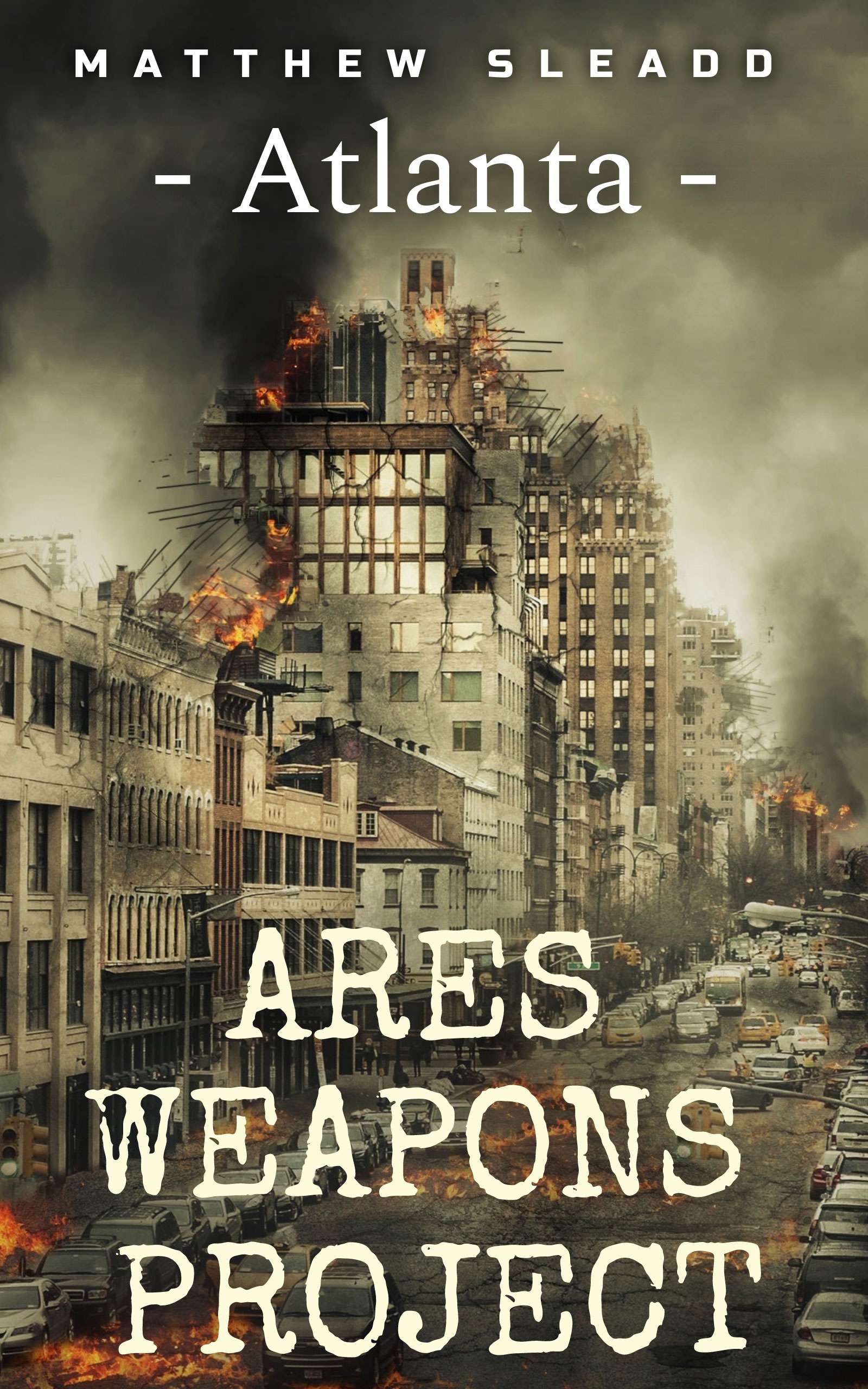 Have you learned anything from writing the first book that you believe will help make sequels easier to tackle?

I now have a process in place. Before this first novel, there was no sequence of steps to write a book. My office is currently set up, my days have time devoted to writing, and I’ve played around with all the different software options on the market.

Which authors would you say most heavily influence or inspire you and your work?

This is a bit of a two-part answer as this specific book was most influenced by the works of Mark Tufo, who is unknowingly acquainted with my brother-in-law. I like to believe the writing style is copied from Tom Clancy, though how successful I am in that endeavor is up for interpretation.

None of the agents I spoke with were interested in a zombie apocalypse novel. It didn’t matter how well it was written; they were not looking for that type of book. This led me to learn about self-publishing and my search for an audience.

How long did it take you to go from the initial idea to the final, published product? Did you always intend to self-publish? What were the biggest challenges for you throughout this journey?

My first plan was to find an agent and let someone else handle publishing. However, what I didn’t consider was the market value of one concept over another before any words were written. None of the agents I spoke with were interested in a zombie apocalypse novel. It didn’t matter how well it was written; they were not looking for that type of book. This led me to learn about self-publishing and my search for an audience.

Did you use AutoCrit during the creation of Atlanta? If so, how was the experience? Did you happen to gain any particular insights into strengths or weaknesses within your writing?

After using AutoCrit with Atlanta, I went ahead and purchased a lifetime license. It was my experience that AutoCrit makes for a perfect second pass of a completed chapter (about 3-4k words). If I use it before this point, the grammar check feature becomes overwhelmed with my dyslexia, but in this second pass, I’m able to turn prose into something with more clarity. Before sending in the query letter, I also used AutoCrit Pitch Appraisal service and received outstanding feedback.

I don’t have a qualitative way to judge if my writing is improving, but the time I spend editing is going down the more I use AutoCrit, so I’ll consider this a win.

What’s next for you? Any final points you would like to mention?

I’ve just finished the AutoCrit phase of editing for another novel (not a sequel) and am sending it to the editor in chunks. Hopefully, I’ll receive the edits back over the next month and be ready to decide between self-publication or again sending out query letters.

Finally, if writing is your passion, then write. If you find people who enjoy reading your works, let them read. If they patronize your work, then find more time to write. 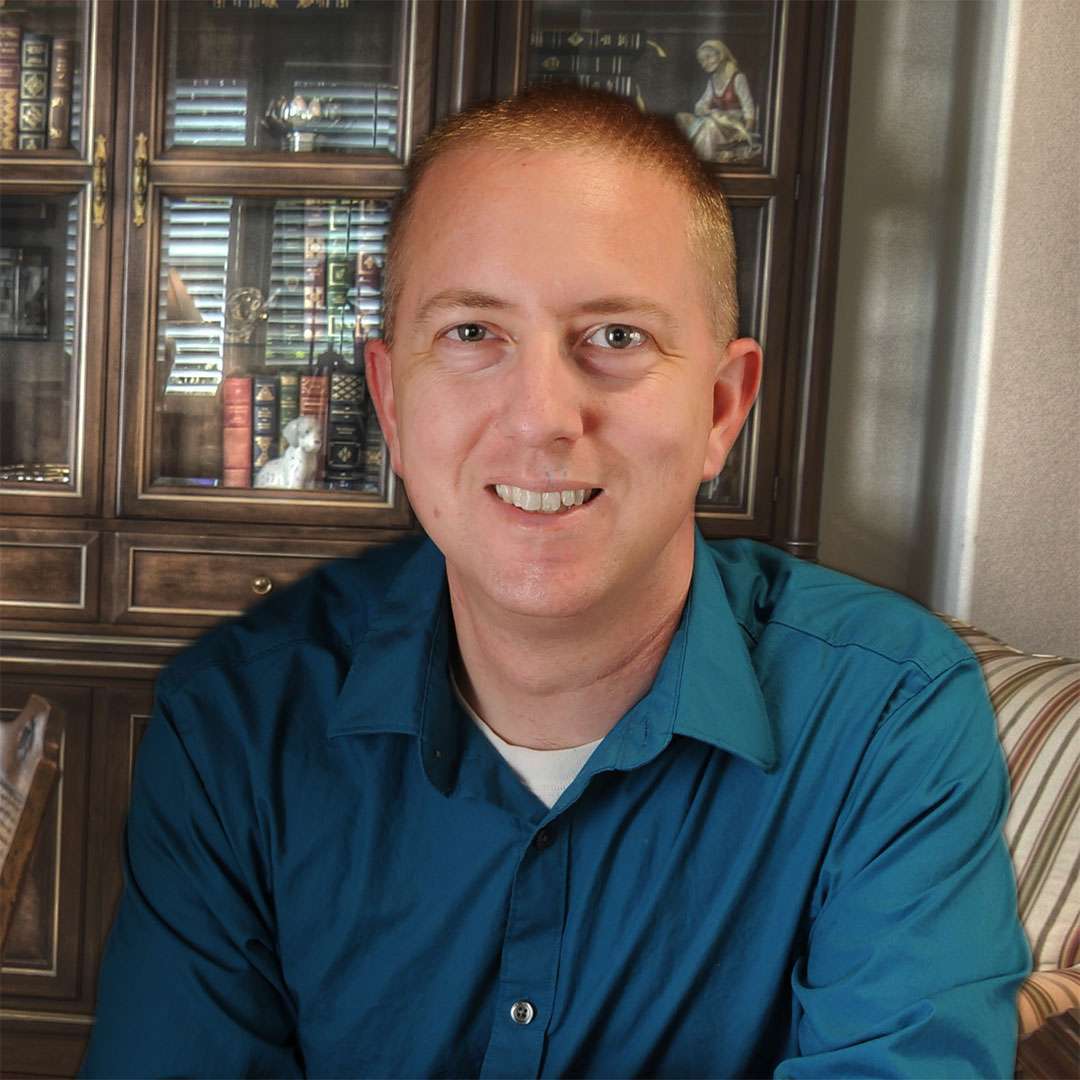 Matthew Sleadd is a retired captain with the US Army who uses writing to help him cope with mental illness. His service includes three combat tours as a military intelligence specialist, CID special agent, and infantry captain before receiving a medical retirement in 2014.

After retirement, he attempted several civilian jobs until focusing full time on being a writer and husband. Matthew currently lives in Western Georgia near US Army Post, Fort Benning.

Catch up with Matthew and grab a copy of Atlanta on your preferred platform here.