He Said, She Said: Why Tags Matter When Writing Dialogue 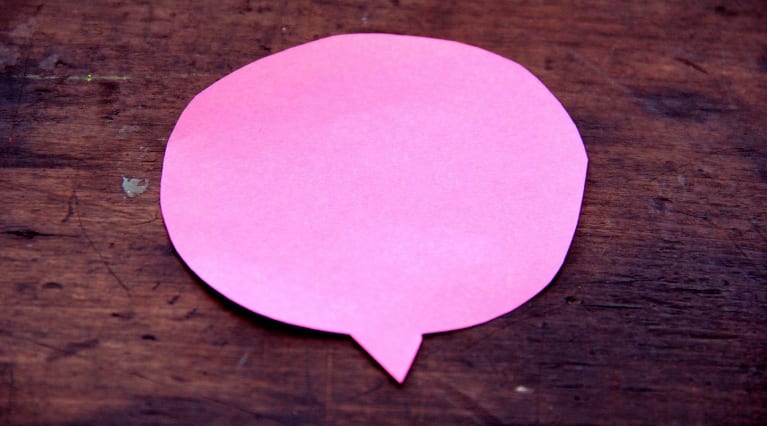 Dialogue tags – words such as said, replied or asked – have magical powers.

Why are they magical? Well, because they disappear. Readers unconsciously skip right over them.

And that’s what you want them to do!

When writing dialogue in a book, tags exist for only one purpose: to identify who is speaking. That’s it. You want the focus on the dialogue itself. You don’t want readers to get distracted by the tag.

Editors and readers prefer minimal use of dialogue tags in fiction – and this is a common place where new writers fall down. Writing their dialogue, they think words like asked or said are boring or repetitive, so they try to use more interesting alternatives – mixing it up to try and inject emotional indicators to add to their characters’ words.

But there’s a big problem, there – because in doing so, you’re committing a cardinal sin: Telling, not showing.

The dialogue tag is not the place to get fancy. For a fluid reading experience, dialogue tags should melt into the background.

Why Said and Asked are All You Need

First of all, if you pack out your writing with little flourishes such as queried instead of asked or exclaimed instead of good ol’ said, it’ll tell the editor or publisher straight away that you’re a newbie.

But more importantly, it’s about the function of these tags – or rather, the functions they should not perform.

Remember, the only purpose of these tags is to identify who is speaking. So only use them as often as you need to, and no more. Even a quiet little word like said will become annoying if you use it too much.

See how quickly those tags add up? Since most of them aren’t needed, let’s see what this looks like when we eliminate the extras:

There – much better! It’s leaner, clearer, and puts the focus where it belongs: on the dialogue, not the tags.

But You CAN Mix It Up

While it’s good form to stay as simple as you can, it’s perfectly okay to deviate occasionally from asked or said. Good alternatives could include replied, or countered – as long as their use is justified, such as when you’re trying to show the volume of a speaker’s voice.

Take these, for example:

“What do you think they’re going to do to us?” Jennifer whispered.
“I can’t take it anymore!” John screamed.

A word of caution: If you do mix it up, avoid using a dialogue tag to show an action that can’t actually be accomplished in real life. As we mentioned earlier, this is an all too common mistake.

Trying to express character behaviour through dialogue tags – to indicate their physical reaction or state of being outside of the dialogue, rather than within it – is a recipe for disaster. For instance:

A character cannot speak and sigh at the same time; this dialogue should be revised to:

The same goes for emotion, which often happens when an adverb is added to a dialogue tag. For example:

Keep Emotion in the Words, not the Tags

Dialogue tags are not the place to convey emotion. The dialogue itself should do that. If you think you need an adverb to convey emotion, your scene needs to be written so the character’s dialogue and actions more clearly express that emotion. That’s how you show instead of telling – and generate stronger, better realised and more involving prose.

Try this comparison on for size…

Simon shoved back his chair and slammed his fist on the table. “I’ve had enough,” he said, clenching his jaw. “This discussion is over!”

Here, it’s Simon’s dialogue and actions that clearly display his emotions. What’s conveyed here is more than just the words that are said – and it has nothing at all to do with dialogue tags.

With the Dialogue Tags, Adverbs and Showing vs. Telling reports AutoCrit members have access to, you’ll never get caught out by these kinds of mistakes again – and your readers will thank you for the extra vibrancy it will bring to your characters, their conversations, and your writing as a whole.

Try it out today by creating your new Free Forever account right here. There’s no cost and no word limits.

Join the Discussion on “He Said, She Said: Why Tags Matter When Writing Dialogue”