Why You Shouldn’t Tell What You Can Show 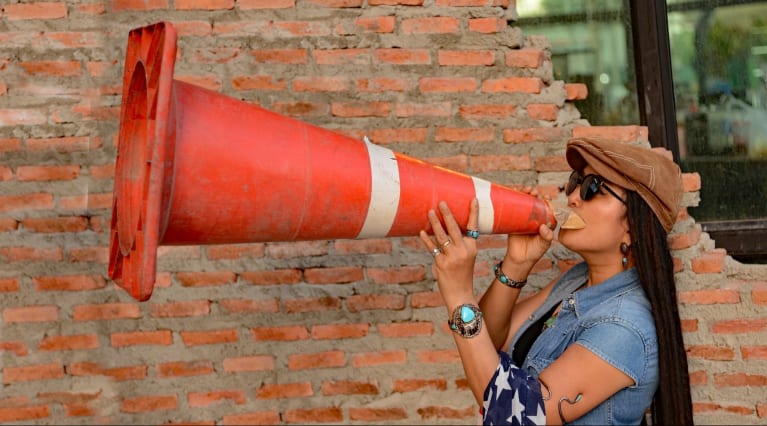 It’s one of the first rules of writing – and for good reason – but as with many things in life, the truth is rarely so black and white. Both showing and telling have pros and cons, so the trick is to know exactly which situations call for which option.

Telling is expositional or encapsulating in nature. When it has a use, it’s for covering ground fast – for quick sketches when detail is either unnecessary or can be filled in later.

Showing, on the other hand, is immediate and visceral. Operating with physical and emotional traits, it’s feeling, touching, seeing, hearing – allowing the reader to actually experience what is happening in the here and now.

Almost anything in a story can be expressed through either showing or telling. For example, that a character is feeling angry:

It isn’t hard to see which version offers the more involving, visual experience for the reader.

Consider, as a further example, the approach to a haunted house, where the emotion definitely has to land if the sequence is to be effective:

TELLING: Sam was nervous as she walked up to the door.
SHOWING: Sam swallowed the lump in her throat as her knuckles whitened on the balustrade.

Showing makes the writing much more descriptive and vivid, allowing the reader to become active in the scene as they interpret the action for themselves.

It also has the benefit of making sure you’re getting across what you really mean. What does walking nervously look like to you? Ask ten different people and you’ll get ten different answers. If you say ‘she stumbled over her laces as she approached,’ the picture in the reader’s mind will be more vividly drawn.

But reader interpretation of action is also what may throw a wrench in the works when it comes to telling vs. showing – because sometimes, telling might actually be better…

When is it Better to Tell?

You may find it necessary to switch to telling mode when your story demands that a character’s internal narrative – how they’re personally thinking and feeling, despite their actions – be described. These could be things the character is thinking, but won’t necessarily express to the outside world.

Having the opportunity to walk around in a character’s head for a while is one of the best parts about reading, and you could deprive your reader of that pleasure if you don’t have clear and detailed internal narrative.

Let’s go back to the example from earlier:

What if Tom isn’t really angry, but is acting this way as a front – a display of bravado when in reality he’s absolutely terrified?

Some telling is definitely necessary so the reader doesn’t become confused in this instance.

But if you can theoretically show or tell any part of your story, when’s best to use one or the other?

In nine out of ten cases, it’s immeasurably better to show. Your book should be an exciting, enthralling experience – and the best way to do that is to capture the reader’s imagination by letting them involve themselves in the action.

Showing and telling both have their place, but showing more often holds the advantage – especially when it comes to avoiding the plague of over-used adjectives and adverbs, generic descriptions, and weak dialogue.

Think of telling as keeping your reader at arm’s length. When you do it, you aren’t inviting them into that piece of the story. You’re letting your hungry bookworm look at a delicious meal, but you aren’t offering them the chance to smell it, feel it and taste it.

Do that too often, and they aren’t going to stick around for the main course.

So if you think you might be telling just a little too much, how can you fix that? Here are a few tips:

Use strong verbs: Don’t use walk if you can say gallop, skip, saunter, stroll or amble.
Use specific nouns and clear adjectives in descriptions that paint a picture for the reader. Don’t just tell us Grandma baked a pie; say a cinnamon-apple pie with a golden crust rested on the windowsill above the sink.
Include sensory details: Describe how something sees, smells, sounds, tastes, and feels.
Use dialogue: ‘“Don’t you walk out of here!” Mom yelled’ is much more involving than ‘Mom was angry.’

Now go forth and show!

Unless, of course, you know you really need to tell… 😉