Everybody loves to watch a good movie. The action, the characters, the setting, the special effects – they all come together in their own way to present this absorbing, extraordinary world in which everything seems possible.

Like literature, most movies are designed to offer us important life lessons and to mimic and reflect on real-life situations. When watching them, we empathize with the characters, release our emotions, and expand our knowledge – but why is it that so many people love watching suspense movies in particular?

The answer is quite clear: we’re naturally drawn to the genre. Being in a continuous state of uncertainty for two full hours is fascinating to our brains. We unconsciously choose to see these specific movies because we feel the need to light up our minds with the stimulation that only a state of suspense can provide.

(Of course, not everyone enjoys this kind of stimulus, with many people preferring to avoid the more stressful or intense realms of cinema.)

But how is watching a suspense movie different from reading, say, a crime thriller? The most obvious difference is that reading suspense novels is a lengthier process – one that has a more powerful impact on our intellect. When we read these types of books, we not only identify more deeply with the characters (authors tend to enjoy more freedom to scrutinize and develop their characters compared to screenwriters), but we’re also more intellectually active in deciphering the mysterious enigmas or mind-bending crimes that are presented to readers on the page.

As an active experience, reading makes us more aware of our intellectual capacities. It demands more from us, and in return offers us the ultimate in satisfaction and reward.

But let’s take a deeper look at this movie-book parallel. How is suspense in written literature different from that in cinema, and which offers the better experience at the end of the day?

A View of Cinematic Suspense

Here are some points worth mentioning…

Creating Tension: Movies generate tension by slowing the action down, giving the characters some room to express themselves – but only just enough. In most cases, the slower the action, the higher the suspense. Think of a hand slowly crossing the screen, reaching under the table to retrieve a gun, or to grip a rattling doorknob, for example. By slowing things down and delaying the result, the filmmaker is able to create suspense within the shot.

With excitement and action comes quick edits. With tension and suspense comes a slower visual pace. It doesn’t have to be a life-threatening scenario, either – it could be as simple as a drawn-out shot of a character’s face as they prepare to respond in a conversation.

Using the Right Music: Unlike books, movies have the liberty of a musical score. Soundtracks must be carefully chosen, as they have a crucial impact on the audience. In cinema, music and sound often set the atmosphere and contribute enormously to the success of the scene – be it happy, sad, frightening, suspenseful, or anywhere in between. A simple swelling of the soundtrack, taking advantage of the musical language that helps influence expectations in film, is often enough to create suspense within the moment.

The Wide Variety of Visual Options: Unlike an author, a film director has several ways in which to set the cinematic background through visuals.

The Actors: We’ve all chosen to watch a suspense thriller because we knew Al Pacino, Michael Douglas, or Charlize Theron was starring in it. Choosing well-known actors is another advantage a filmmaker can use to attract the audience – even if the character or a story’s plot isn’t great, viewers are more willing to run with it given the presence of their favorite actor.

For readers, the view of the landscape is a little bit different.

Creating Tension: Books are unable to provide tension through the same visual presentation of space that film can. The essential feature here is the reader’s imagination – and that will always change the makeup of a scene. If you could project each reader’s mental picture onto a screen, the result would be different every time.

While movies tend to deliver the same experience to the entire audience (regarding the language of visuals and sound), different connotations and interpretations of literary prose can give books unlimited power.

But this broader scope of meaning means tension isn’t quite as simple as turning down the lights and moving the camera slowly. In writing, it must be generated by the seeding of meaningful details that further the plot, building accessible characters, and being just as descriptive and complex as you need to serve your readers.

A filmmaker can give the audience a jolt with a simple jump scare. An author has to work much harder than that.

Using the Right Descriptions: Since authors can’t attach suspenseful music playlists to their books, they’re left with using descriptions to generate suspense. They have to set the tone of the scene – the surroundings, the characters involved, the feeling of mystery in the air – through description and behavior.

A lasting uncertainty and twisting, volatile plot elements need to come into play at an earlier point so that the writer can surround the present action with a sense of mystery.

Using Strategic Elements: Since visual effects typically aren’t a thing on the page, authors are afforded many other options through which to deliver the message to readers.

The Characters: No actors means more imagination! As readers, generating our own personal representations of characters when reading a book is one of the amazing strengths of literature. It gives us a universe of uncertainty to pull from, which makes it so much more fun than watching a movie and finding it hard to ignore the Michael Douglas part of Michael Douglas. Engaging with our deeper imaginations in this manner offers a stronger link to the characters, and our own sense of ownership – and therefore investment – in the tale.

Mystery Solved: What is Suspense in Literature?

Simply put, suspense in literature is a technique brought to life by withholding – and gradually leaking out – information or resolution in order to keep readers guessing (and afraid of) what might happen. This can be achieved in many different ways, all of which contribute to the “edge of the seat” effect that keeps people hooked.

Smart use of suspense in a story helps to build mystery and keep the plot engaging as readers progress, and sets the stage for real surprise and shock when a major plot point or twist appears from an unexpected angle.

In the end, when it comes to the better overall experience for the consumer, the ball would seem to fall on the side of the novel. Like anything rooted in artistry, movies are amazingly interesting, visually appealing, and musically delicious, but the literary side gives readers unlimited creative powers, draws us more deeply into endless imaginative scenarios, and offers us stronger investment in the outcome of suspenseful activity.

One thing’s for sure, though: whether it’s on the screen or on the page, getting it right certainly isn’t easy. 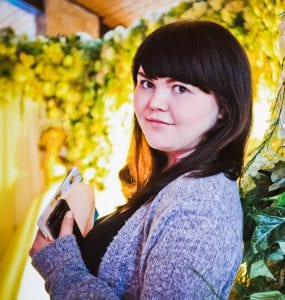 About the author: Olivia Ryan is a young film lover, book enthusiast, and journalist who is passionate about topics of career, recruitment, and self-development. She’s always striving to learn something new and shares her experience through academic assignments at Aussie Writings and other web outlets.

Join the Discussion on “How is Suspense in Literature Different from Suspense in Cinema?”