When to Use Whom in Your Writing 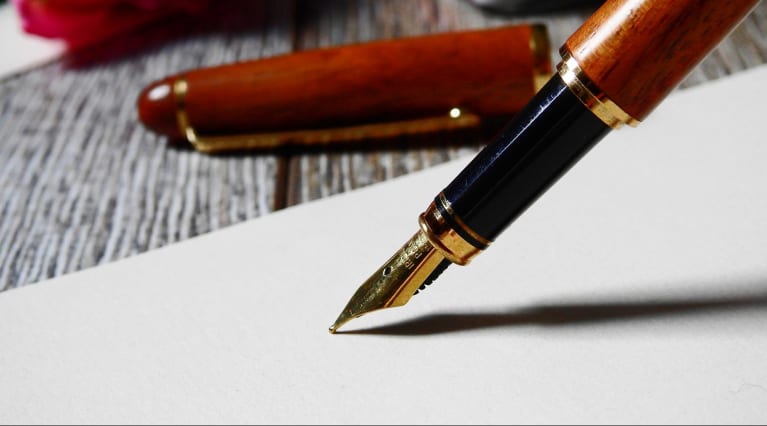 It’s a favorite correction of those with impeccable grammar knowledge, yet it’s still widely misunderstood by writers and readers of the English language all over the world…

First, a little history: The word who derives from the Old English hwā, which was commonly used to denote people. Frustratingly, the word human, even though it sounds like a natural succession of hwā, actually stems from the Latin homo. Later, as Latin speaking cultures mingled with Old English, the words melted together.

Hundreds of years ago, who and whom were just as close yet distinct as they’re and their. The Oxford English Dictionary has traced mistakes back to the 15th century, while Jespersen cites even earlier examples from Chaucer.

But in 1975, S. Potter wrote in Changing English that ‘nearly half a century ago Edward Sapir predicted the demise of “whom”, showing at great length that it was doomed because it was “psychologically isolated” from the objective pronouns me, us, him, her, them on the one hand, and the invariables which, what, that and where, when, how, why on the other.’

Simply put, whom didn’t have a gender or a definitive object all of its own, and that’s why it was never that much of a priority to use correctly – it was always something of a blank slate.

By 1978, the ‘who vs. whom’ debate had become so messy that even the Oxford English Dictionary had almost given up: According to the 2nd Edition in 1989, whom is ‘no longer current in natural colloquial speech.’

Today, of course, most people scratch their heads when you ask them when to use whom – so what’s the real answer?

Well, according to traditional prescriptive grammar, who is only subjective, whereas whom is objective. Think him versus he.

It’s as simple as that.

You can actually figure out when to use whom by using a simple test: Ask yourself if the sentence is referring to someone as the subject – the person who is taking the action.

So, for example, you could ask: Who ate the cookies?

If the answer is that he or she did it (the person is the subject), use who.

On the other hand, if your question needs to be phrased in such a way that the person becomes the object – a situation where the answer would be him or her – then use whom.

Here are some examples:

CORRECT USE OF ‘WHO’:

Who made these awesome burritos?

INCORRECT USE OF ‘WHO’:

Who should I write about?

To who was the email sent?

CORRECT USE OF ‘WHOM’:

Whom do you believe?

I do not know with whom I will have dinner.

INCORRECT USE OF ‘WHOM’:

Whom ate my burrito?

Whom needs a ride?

Sometimes, you’ll get a problem with a sentence like this: ‘Shakespeare, who you say was a great writer, wrote mostly plays and sonnets.’

The use of who in that statement is grammatically correct, and you’d be wrong if you said that this was when to use ‘whom’, since the pronoun is the subject of was, not the object of say. (One would write ‘you say [that] he [not him] was a great composer.’)

Nevertheless, whom is quite commonly used in sentences like this, and you might find people fiercely defend such uses.

This could be because of sentences like this: ‘Shakespeare, whom you believe (or whom you believe to be) a great writer, wrote mostly plays and sonnets.’ In that case, whom is used correctly according to traditional grammar rules, since it is now the object of the verb believe. (You’d write ‘you believe him [not he] (to be) a great composer.’)

There’s a word for this behavior: Hypercorrection. When someone who is attentive to grammar hears the first sentence, they may perceive the need to correct who to whom because it isn’t very easy to distinguish between the two sentences unless you’re listening intently. Your mind automatically fills in the intended meaning, not the language used.

But, as always, there can sometimes be a sting in the tail waiting for you. If in any doubt about when to use whom, just use who as long as comprehension doesn’t suffer.

After all, our language is constantly evolving – and shows little sign of slowing down.

What do you think? Do you avoid wrestling with whom like you’d avoid an encounter with a rabid bear – or can you just not resist that sophisticated feel the former offers? Have your say in the comments!

Join the Discussion on “When to Use Whom in Your Writing”